For two weeks, men of the Nigeria Police Force and officials of the Abuja Environmental Protection Board (AEPB) have raided clubs in Abuja, Nigeria’s capital city. Some women were arrested and labelled prostitutes while others were allegedly raped.

At a protest organised by some non-governmental organisations on Saturday, May 4, 2019, in Abuja, the protesters described the incidents as a violation of the fundamental human rights of women.

The protest which kicked-off from the Old Parade Ground saw Nigerians dressed in black shirts and bearing placards with various inscriptions.

“Sex for bail is rape”, “It’s her today, it could be me tomorrow”, “To be a woman is not a crime”, “Women’s rights are human rights”, “Don’t rape us, protect us”, they chorused while marching through the streets of Abuja 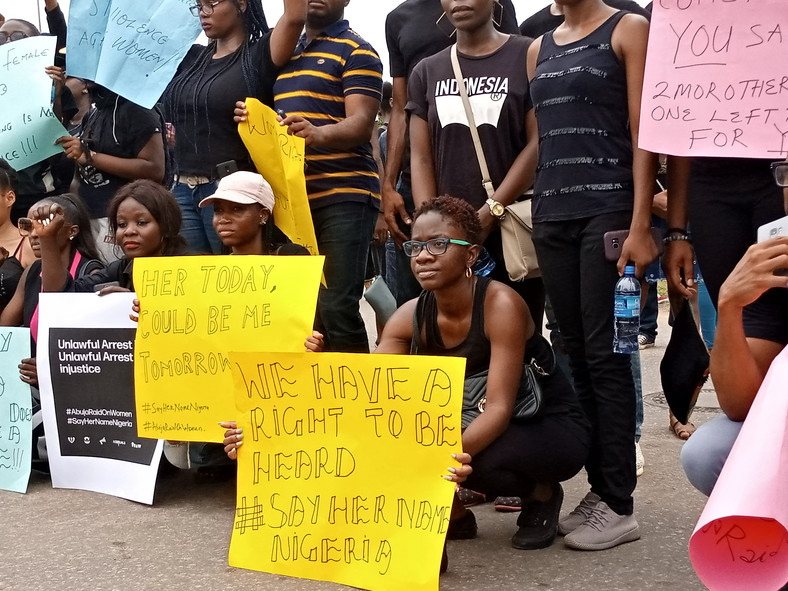 Nigerians protest raid, arrest and alleged harassment of women by the Police in Abuja. [Pulse]

At the FCT Police Command, they met a team of gun-wielding policemen who formed a human barricade thereby denying them access to the premises.

Rebecca Umar, a representative of Stand to End Rape and other NGOs, said the duty of the Police is to protect citizens and not harm them.

“It is not a crime to be a woman. We will not be silent, we are here because of the recent happenings at Utako (Caramelo) and other places,” she said.

Another representative of Stand to End Rape who spoke at the protest, Silvia, claimed that over 100 women have been arrested by the Police in Abuja and “branded prostitutes” without any evidence.

“According to the accounts of these women, they were raped without condoms and some policemen used sachet water bags as condoms. This is a violation of human rights. The AEPB has been taken to court on similar case and the lost.”

On her part, Aisha Yesufu, urged the Police to focus on curbing the insecurity problem along the Abuja-Kaduna expressway rather than arresting women on the streets of Nigeria’s capital city.

“I have the right to wear a hijab and another has the right for mini and not wear anything. It is our fundamental human rights, you do not have a right to label a woman a prostitute because of the way she is dressed,” Yesufu said. 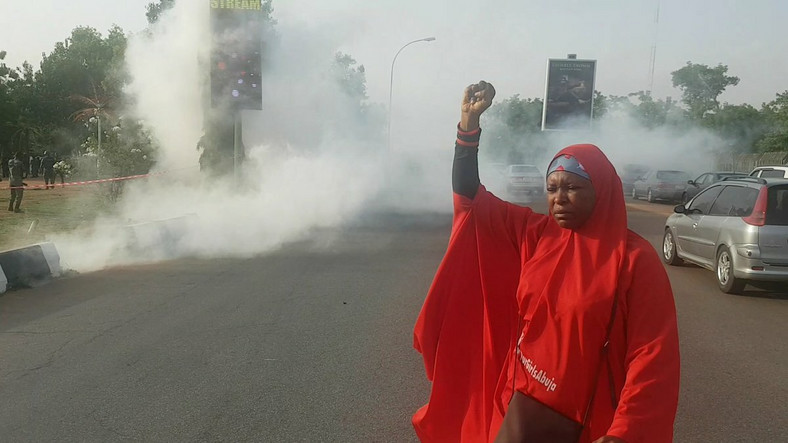 “The Nigerian police, you are all out here with your guns, why are you not on Abuja-Kaduna road? We can no longer travel on Abuja-Kaduna express road. Because we are women does not make us less human.

“AEPB should be called to order. These attacks and arrest on women must stop,” she declared.

It takes two to tangle

Ariyo-Dare Atoye described the arrests and detention of the ladies as “an attempt to profile and debase women” in the Nigerian society.

“Some of us who are men and not beasts have come out to condemn this because we will not go back to that medieval period when life was nasty, brutish and short. When women were treated as only sexual objects and nonentities,” he said.

“The attempt to continue to rape women on the account that they go to clubs and are prostitutes. How were the policemen able to prove that these girls were prostitutes? They are raped and extorted.

He urged the Inspector General of Police, Mohammed Adamu, to withdraw all policemen attached to the AEPB.

“No customer, no ashawo [prostitute],” one of the protesters said in loud tone as others chorused. 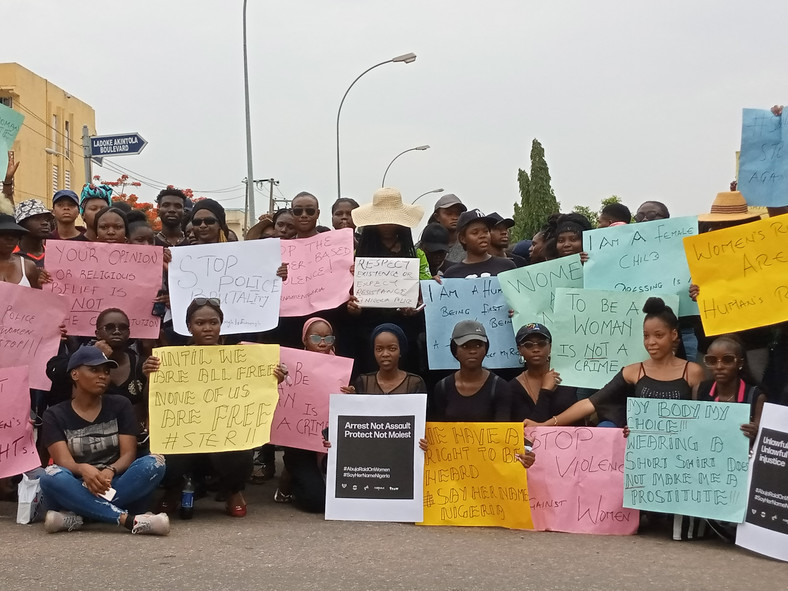 Nigerians protest raid, arrest and alleged harassment of women by the Police in Abuja. [Pulse]

Addressing the protesters, the Deputy Commissioner of Police (Operations), Usman Umar, said the Force has begun investigations into the matter.

He expressed the commitment of the Force towards “fishing out and punishing perpetrators of the act” to serve as deterrent to others.

However, an Abuja-based publicist and Marketing Communication Consultant, Eddie Madaki, said unless the assurance given to Nigerians by the Police Commissioner is matched with action, there would be more protests in Abuja.

“This is not an attack on the Police or authority. We are fighting for our fundamental human rights. This is not gender-based; it affects us all. Women should be allowed to go out in peace. Nightlife and hospitality establishments should be able to operate without any fear that they would be abused because they contribute to the economy of the country

“We know that members of the Police Force are very supportive but, we want those bad eggs fished out and dismissed. We need to cleanse our Police system and this would go a long way in fixing the image problem that exists within the Force. It would help regain the trust Nigerians have in the Police.

“The words of the Police Commissioner do not give anyone here any form of comfort at all because this is not the first time this is happening. As a group, we would like to say that if this does not stop, we would continue to protest,” he said.

He, however, expressed displeasure over the low turnout of practitioners and promoters of the nightlife establishment in Abuja.