Trending Now
Peter Obi’s Labour Party is more corrupt than...
At no point did Safaricom announce that Bonga...
I’ll make Tinubu special envoy, Obi trade minister...
ANAP/NOI Polls: Science or Politics?
Accord Party Presidential Candidate, Imumolen, Vows to Reform...
Forbes: Getting In and Moving Up The List...
The Bank of England unveiled the design of...
Ranking Nigeria’s Richest: Let’s Play By Logic –...
Etisalat weighs investment in Vodafone’s stake in Vodacom
CBN Introduces New Cash Withdrawal Limits
Home Financial Forbes: Getting In and Moving Up The List of Billionaires
FinancialNewsWorld 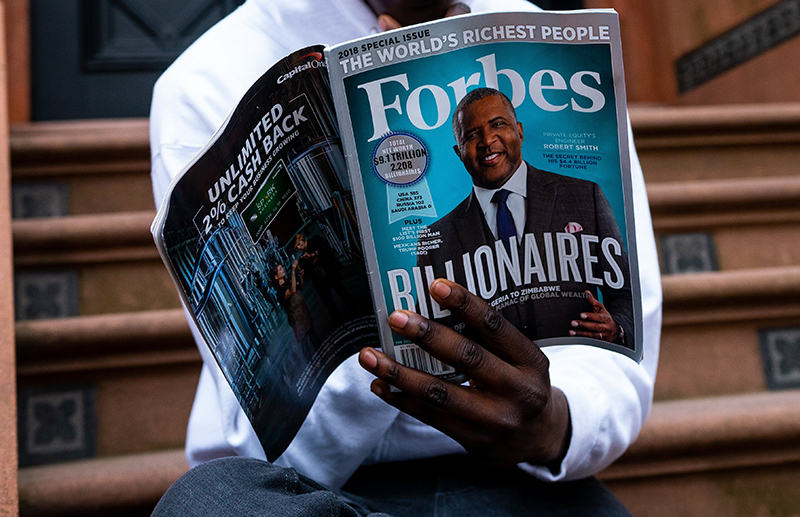 As 2022 comes to an end and 2023 draws even closer, the time has once again arrived for most people to revive their dreams, with the most prevalent being unarguable to become so rich as to be ranked at the very top of the Forbes list of Billionaires. While for millions of people it remains just that, a nice but extremely difficult dream to realize, it would surprisingly seem that for some die-hard dreamers, it is a constant lifelong objective that must be obtained by all means and at any cost.

Although several organisations periodically publish their list of billionaires, Forbes continues to hold pride of place as the most consulted on the matter. Forbes however has severally acknowledged the difficulty of determining the true value and ranking of some of the billionaires on its list. The reason for this is not farfetched. Simply put, Forbes uses shareholders to make valuations for owners of shares of publicly traded companies. The problematic bit, essentially, is the guesswork processes to estimate the wealth of owners of private unlisted companies whose wealth is, in many clearly obvious cases, way ahead of billionaires with wealth based on fluctuating public shareholding.

Much as Forbes tries to monitor the genuineness of stock exchanges around the world, it acknowledges that it cannot reasonably vouch for the acceptability of the processes through which shares are handled in some of them; particularly those of companies in Africa and Asia, is, emerging economies. This is particularly so in cases where over 90 per cent of the shares are owned by one person alone or along with close family members; with the result that the owners can upwardly manipulate the share prices to any level that they wish. We have seen this happen too many times in these climes, no one would be shocked to know it’s more prevalent than rare.

The continual bloating of the number of such shares, and the manipulation of the stock exchange process explains how a person that has managed to wangle his way onto the Forbes billionaire list can fraudulently continue to remain there and even move up the ladder. All these while operating in a dire economic environment that clearly belies such development. For those of us who frequently turn to Forbes with the dream of getting into their famous billionaire list, the hope is that Forbes will continue to act assiduously to ensure that anyone on the list deserves to be there. Just as important, is that they are placed in their rightful position on the list.

One way Forbes can achieve this is to engage well-informed, credible and impartial local analysts who are very conversant with the local business environment and who are therefore better placed to determine the true worth as opposed to the concocted net worth of concerned individuals. That way, they do not continue to fall into the danger that continues to bedevil development organisations for instance; prescribing solutions to economies they do not understand, based on their experience and solutions that once worked in the climes they know too well. It is a diverse world, we cannot expect that a model that ones in one clime can get copied and pasted into another, without any form of tweaking to accommodate the economic and even cultural contexts of such places.

And so, to get back to the initial question of how one can get to transform his or her dream into the reality of being a genuine billionaire, one that can be cited by Forbes, year in and year out, as one of the richest individuals in Africa and indeed the world, the answer may disappointingly be nothing more commonplace than the need to tirelessly work hard and be blessed with extraordinary good luck.